Peter Cresswell’s book, The Lost Narrative of Jesus, is published by JHP, 2016. The author uncovers an underlying Jewish narrative in Mark, the first of the gospels and, for the passion story, the prime source for later gospel writers. This narrative was to do with the End Times, believed to be imminent, with John the Baptist (in spirit, Elijah) sent as God’s messenger and the tribulations of Jesus, as the last great sign. Christians subsequently shifted the focus to Jesus. They transformed a remarkable tale of death and survival into a myth of resurrection, using elements brought to the new sect by its pagan converts.

But in Mark the ending – though clearly signalled – is missing, and with it the Christian story of a dying and resurrecting god-man. So, what happened to it?  Cresswell solves the mystery, which has puzzled apologists and textual analysts for centuries, with a theory that is both comprehensive and, in relation to the evidence, compelling. 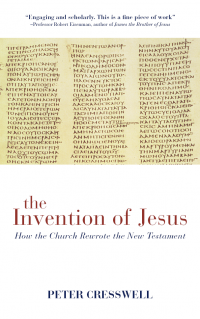 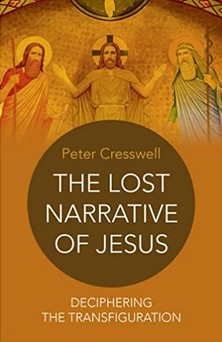